This topic was brought to the LBC for the Friday topic by the Grand Old Man himself, Ramana Rajgopaul.  However, I must caution that between yoga and walking, the fitness of the GOM is taking him to the level where he may be becoming the Grand Young Man, the GYM! 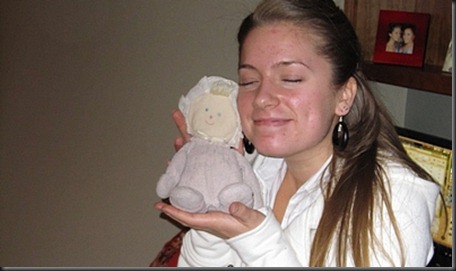 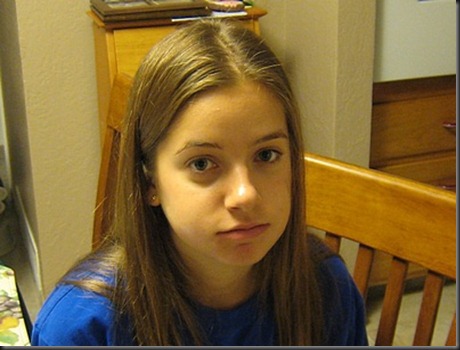 Above are two pictures of Lafawnda Fossil, apple of my eye!  They were both obviously taken at different points, the first expressing the joy of cuddling “Dolly” who got her through most of childhood.  The second expresses the misery following wisdom tooth extraction!  Different moods.

Everyone has them, different moods; happy, sad, angry, peaceful.  But it is a different circumstance for Lafawnda … and one of my nieces … and my paternal grandfather.  We have some kind of genetic strain, we Fossils, that surfaces like blue eyes or brown hair, a genetic strain that is the root of Bipolar Disorder.  What the rest of us take for granted must be managed by them.

People with Bipolar Disorder have moods like other people and they can be normally happy or sad.  But, they also have (as Lafawnda puts it) “episodes.”  These episodes are of a different nature and are cyclic.

From the outside, I probably can’t describe the difference with the accuracy that Lafawnda could, but I’ll try to offer what I’ve been able to glean.  She says that a normal mood is a response to a normal cause.  Someone gets married and that makes you happy.  Someone steals your car and that makes you angry, etc.

But a Bipolar episode comes from left field and is severe.  It isn’t like a normal mood and might be a severe depression or an extreme euphoria.  My grandfather had two-year cycles, if you can imagine.  He would be euphoric – to the extent that you never knew what he might say or do in public or what weird contraption he might invent – for two years at a time and then severely depressed, literally staying in the basement away from everyone for two years.  His pathology was so severe and so classic that when my father wrote of it in detail for an Abnormal Psychology class the professor accused him of just stealing it from a textbook and gave him a C for the paper!

My niece and Lafawnda cycle much more quickly than that, usually cycling within a day.  Of the three, Lafawnda is the least severely afflicted, but you can trust me that you would not want it.  She manages with a medication that in part moderates the manic phase (which may manifest as euphoria or may manifest as agitation, a need to literally get out of her skin!).  If the manic is moderated, it helps to stop the exhaustion of resources and the slide into the depressive phase.  The medication lessens the depressive phase directly, too.

She moderates the cycling by getting regular sleep, steady diet, exposure to sunlight and consistent exercise.  Meditation also helps as does a special light during the seasons of shorter daylight.  Structuring her time and focus helps.  And, oddly for an achiever like Lafawnda, she has learned to not draw on that “5th gear” that is available to Bipolar sufferers, a state of energy, awareness and alertness that the rest of us cannot call upon.  The psychiatrist told her that it is so tempting when a project needs completion, but so damaging in the cycling it generates.

Possibly more important than anything else above, Lafawnda recognizes her episodes, and has from the start, as something that happens to her and recognizes a regular mood as something that she generates as a response.  Lafawnda meets the challenge of her disorder directly, honestly and responsibly while the rest of the Fossils and her fiancée Flash are all supportive.

I think the main thing for the rest of us to gain from the story is an appreciation of our normal moods, something too easily taken for granted.  I am also grateful for the normal moods for Lafawnda that come from a managed situation, normality that can extend now for pretty long periods of time.  It means that the disorder need not define her life.

These realizations make me happy!