The Chickens of Manchester 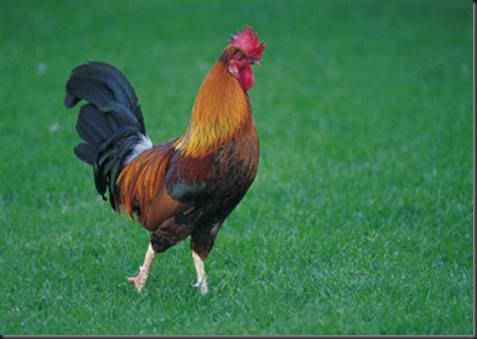 Read Tom Sawyer or Huck Finn and you will get a good idea of what rural Kansas was a like in the mid 50’s.  And I do mean rural.  I used to date a young lady from Spanish Harlem who literally had more people in her tenement when she was young than I had in my entire town as a kid.

One of the beauties of that life is that the division between the country and the town was practically non-existent.  That meant we grew our own produce and had our own chickens.  Thirty hens and a rooster named Henry meant thirty eggs a day – our hens must have been happy, because each laid an egg a day - and we kids just loved collecting those eggs.

Henry and his hens were Bantams, more popularly called Banties.  Now a Banty egg is only about 1/2 the size of an egg you will buy in the store, but at 30 per day, we did alright.  So, we had 210 eggs a week.  Divide that in half and you have the equivalent of 150 or so regular size eggs, about 12 dozen.

The feed cost 10 cents a week.  So, 12 dozen eggs for 10 cents comes out to around a penny a dozen.  Even accounting for inflation, that amounts to 8.5 cents a dozen AA eggs in today’s money.  Are any of you out there bettering that?  We sure aren’t!

I used to spend a quite a bit of time outdoors and when I was in the back yard, that meant plenty of time to eat mulberries and watch the chickens.  I noticed that every so often Henry would jump on one of those hens and grab its neck.  I asked the folks and Dad told me that Henry was planting a seed in the hen and that is how little chickens got started.  Henry would plant the seed, the hen would sit on the egg for about 21 days and out would hatch a chick!

Mom told me yesterday that she saw me out in the back yard with my friend Bobby one day, both of us in our bib overalls, little farmers and I said, “Boy, old Henry is busy today!”  Bobby asked me what I meant and I explained about how he was planting seeds for the little chickens to be born and Bobby thought that was cool.  Mom thought it might be interesting for the conversations with Bobby’s parents, but nothing ever came of it.

It brings to mind a story of President Calvin Coolidge and the First Lady visiting a poultry farm.  The First Lady pointed out that a rooster somewhat like Henry was able to keep quite a number of hens serviced!  The President noted that he was indeed capable – and that it was a different hen each time!  Since then, the increased ability of a man with multiple partners has been know psychologically as the Coolidge Effect.

Me, I had a different interest.  I wondered just how Henry got that seed in their necks …