shackman brought this topic to the LBC and he knows that there is no way that I can pick one cinematic wonder.  But, he left the door open to other understandings, something that all of our topics do, so here goes:

I'm in the middle of my favority movie.  My wife and I are touring the Boston area and we are bit players in this great historical drama and loving every minute of it.  We walk the Freedom Trail and see The Old North Church, where the lanterns were hung warning of the British approach.  Then we saw Paul Revere's house with the history of the man and the family.

We've been to Fenway Park and atop the Green Monster, taking in the staggering distance to a red chair in right field 536 feet from home plate where Ted Williams hit a home run.  The man who was sitting in the chair said afterward, "How far do you have to get away from the batter to be safe in this stadium?"

We've seen where Ben Franklin went to school, where the first public school in America stands to this day.  And the location where the Declaration of Independence was first read to the American people.  Firsts are around every corner!

We've sat in the Great Hall at Faneuil Hall and listened to the movement of history that took place in that great assemblage location.  Not only the Patriots, but also later great orators like Frederick Douglas.  It was here that the concept of our nation gestated and the understanding of freedom has evolved for more than 200 years.

We took a tour above and below deck of Old Ironsides and learned how the early battles were fought and the significance of the growth of the American Navy.

We went to the Kennedy Library and saw a stunning exhibit of his life and of the Cuban Missile Crisis.  We spent four hours entranced.  And chilled by how close we actually came.  They have secret recordings I'd never heard of that you can play as the players decide each move right on the brink of all out nuclear war!  And they showed how his heart was pulled to Ireland, which he promised to return to in the spring ... a promise unfulfilled.

We've been to Salem and taken in the witches there.  As you read this, we will be going to Plymouth.

We are going to Bunker Hill and to Harvard, America's first college and still one of the top educational instituions on the planet.

No, this is my favorite movie and it is named, "Right Now!"

This is a picture from the Old North Church where Paul Revere and the boys hung the lanterns telling the militia where the English were attacking from.  It really wasn't by sea, it was by the Charles River and Paul didn't actually hang any lanterns, but he was the key planner and rode the horse warning all the countryside that the British were coming.

Overseeing all this now from a corner of the church is George Washington with a look I've never seen for him in a painting: 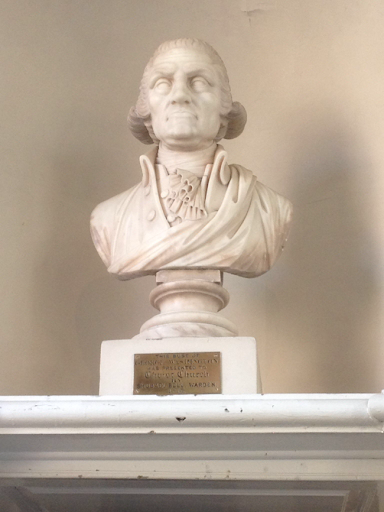 We saw more, but I need to have separate time to do many of the other famous sites!  Until we meet again. 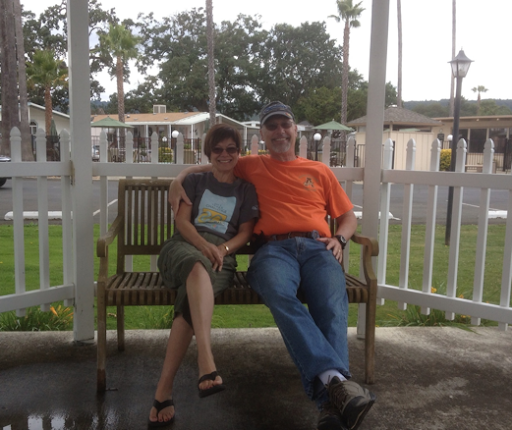 We are on vacation and flying to Boston tomorrow for a week off the grid!

Thanks, Grannymar, for tossing in the topic for the LBC.  We would have gone on the trip anyway, though.

But that wasn't what the question was about, was it?  The question Padmini asked of the Loose Blogger Consortium it seems to me is rather, "Can a man do any mundane, essential, nurturing and boring activity on a sustained basis?"

And here is my answer, "You know we can't!  However, we are very good for lifting heavy objects and mowing lawns.  And watching sports!  Not to mention that we are eye candy."

The wonder is that we can get out of the cave and write on a blog. :) 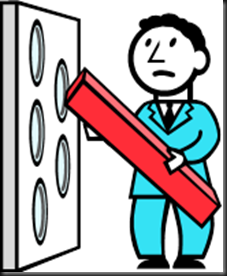 Will Knott brought this topic to the LBC and I am WAAAY past Friday.  The world rolled over me and then backed up last week.  Nothing bad, just very occupied.  Oh, life!

I’ve actually struggled with this topic for days.  All that I produced was a bunch of wrong fits unworthy of a post.  It’s ironic, but unsatisfying.

What is more important, though, was the post that shackman made.  Due to the circumstances in his life, he is feeling the need to leave the LBC.  He said he was a wrong fit, something with which I heartily disagree.  He has always been a breath of fresh air to all of us.  As sad as I am to see him leave our group, I am much more sad because of the circumstances.

The door of the LBC will always be open to you, shackman.  And it is a door shaped perfectly to fit you!