The Death and Resurrection of Innocence

This week, our whole family has gone through Hell and returned to tell the tale.  Everything I am going to tell you is the truth as reported to and experienced by me and only the names have been changed, because I don't want anyone unfamiliar with the people to invade their privacy at any level.

My son-in-law, Flash Fokker, has a twin brother, Twin Fokker, and Twin and his wife, TwinWife Fokker, have a beautiful little girl, Innocence Fokker.  This story is so poignant and so troubling that I am going to give you the spoiler that the ending is pretty good, because I don't want it to tear you up like it did us.

This past Sunday, the Lady Fossil came down the hall with cell phone in hand to tell me that Innocence Fokker had been found in the swimming pool unbreathing and with no pulse!  Lafawnda and Flash had been at a shopping center shopping for Christmas gifts when they heard and they had immediately set out for the home of Twin.  They learned on the way that Innocence was being airlifted to a regional children's medical center about 15 miles from our home.  All of us had started the trip to Hell.

Lafawnda and Flash actually arrived at the medical center before anyone else, including the copter with Innocence.  Soon, the direct grandparents gathered along with Twin and TwinWife.  Innocence arrived and was taken in for emergency treatment.

The doctor emerged to tell everyone that the chances were high that Innocence would not make it.  No one knew how long she had been in the pool and she was discovered clinically dead.  She was intubated and a pulse had been restored, but there were no guarantees of survival or of safety from severe brain damage if survive she did.

The doctors fought like the warriors of peace that they are with this little girl and by the morning, she was stabilized in a medically induced coma.  She had tubes and IV's everywhere and she was wrapped in a special cold blanket designed to keep the body temperature low.  Her temperature in the pool had dropped to 83 degrees Fahrenheit and it had returned to the normal 98.6 degrees.  This hypothermia was a possible saving grace for one so young, because it can prevent brain damage and tissue deterioration.

For the next two days, she was kept unconscious.  She was on a ventilator, but the doctors noted that her organs were still functioning.

The next day was her second birthday (can you think of anything more poignant) and the staff and other parents of very ill children brought her all kinds of presents.

A brain scan was conducted for 12 hours and the neurologist only said that during that time, she had no seizures.  Still, everything was looking as good as possible.

The next day, they started lowering the sedation and she began waking up.  And she smiled at her Daddy!  She had a long way to go, but she was able to recognize the people around her before she lapsed back into a deep sleep!

Well, each day has involved all of us watching the recovery of Innocence and helping our kids with the experience they were having every evening.  It is one of the more taxing stretches we have ever experienced, for none of us were in a situation to falter.

Innocence is exhausted as I write this, but she is out of the ICU and has started going through rehab, and the team working with her are some of the best in the world.  We are soooo relieved even though we don't know still if she will have any damage and aftereffects.  We know that she watches her favorite movies and laughs at her favorite spots.

Now I show you Innocence Fokker, a little girl who has been dead and has returned, as she looked yesterday: 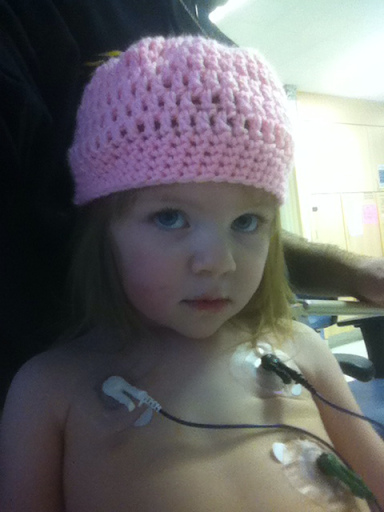 And THAT is beauty!  Thank you Delores for bringing this topic to the LBC this week.  Your sychronicity was perfect!

I will have a followup, for there is a true hero in this story and I want him to get his due.  But, for now, this is enough.